HELLLLO Amigos!
I wrote this lil-diddy on June 2, 2016 and is has been aging in my wine barrel of words ever since.
Please, Let me pour you a glass...
Ah-hem.
It's really June 2nd, okay? 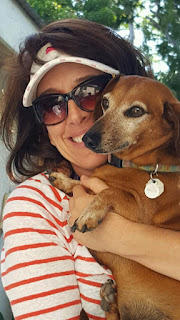 I am sitting on my couch looking out my front living room window at our peach, lemon and lime trees and then there's my lounging wiener dog, Sara. The pooch is staring back at me on her own little couch next to the window. She can lay in that spot for hours. That would bore me to death; so thankful God created me in  human form and not a wiener dog. Besides that point, I am reflecting how one year ago we were in the exciting storm of graduating two kids; Daniel from 8th grade and Lucas from high school.
Blink, Blink. Yabble-Dabble...and Presto! 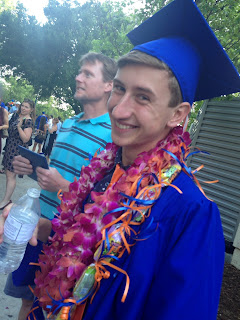 A year later, Daniel is wrapping up his freshman year of high school and Lucas completed his first year of junior college. He is now counting the days until two summer school classes start.
Side Note: I heard him telling a friend that in summer school he is taking Speech Communication and Astrology.
Really, wizard? Astrology?
It's Astronomy. 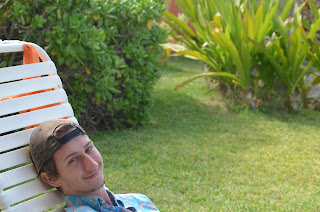 More and more I am secure with his decision to attend Moorpark Junior college. Tomorrow we are touring Cal Poly Pomona as they are one of the few schools with a Music Industry major and his heart is still perched on an Audio Engineering degree. He just has to survive another year at home. This is cool with me, but he is swamped in deep dislike (I avoided the word hate -- too strong)  over living at home still. Seeing so many of his friends be whisked out of state or at least out of town has left him down. But I am confident that there is a plan in the works for him.....think Jeramiah 29:11
"Know the plans I have for you says the lord.
Plans to prosper you, not to harm you, plans with hope and a future."
I trust that promise is for Lucas; you and me too!
And this verse brings me to yet another side note:
I only memorized that particular bible verse and can NEVER forget it because our EXTREMELY-straight-as-an-arrow-clean-cut-Christian babysitter,  who was homeschooled her entire life and purer than the light of day had that very verse tattooed on her ankle when she was a teenager.  I almost spit out my mouth full of (Jesus) wine when she showed me. She explained that her mother was so upset, she refused to talk to her and I was right there with a mother's understanding. A tattoo?
This sweet young thang was THE LAST kid in town to permanently ink her bod!
However, ten years later I have accepted that if she will "tat-up" ANYONE will. It's a cultural thing whether I have a ticket on the ink train or not (Dam, I sound like a crusty-curmudgeon). BTW, many people I know and love dearly have tattoos, and that is fine for them. I'm not judging here, just saying it's VERY permanent and I am too wishy-washy.
My philosophy remains that the new tattoo is no tattoo.
Where was I?
Oh, by my sweet doggie staring back with her lazy-dog glaze and recalling our two graduations last June 2015. While my sons next/future graduations are simmering on the back burner for three more years, tonight we celebrate our dear friend "Baby Lily" graduating from high school, with her flight path set for Pepperdine University in the fall.
﻿
Perhaps, I should be prepping hors'dervs for her party and showering this bod-o-mine, instead of blabbering via keyboard. But wait, there is so much Unicycle Rose Life to share and I know that someone, maybe someone, will care. Hi Mom J
I hope to keep pecking my future thoughts and tell of my adventures. Like my banjo tales have to be told ... I have been in lessons for the last 8 months, plus I am excited for summer.
Not only are all my flowers blooming, American flag swaying in the wind, but I just rented Daniel a surfboard for our upcoming week in Hawaii.
But this is all for now, folks.

Stop and take time to smell the summer flowers because life is short (and so am I). More on that later, but for now remember to be kind because everyone is going through something… And some of those people have tattoos and that is totally okay.
God loves everyone.
Hugs from UR
Posted by UnicycleRose at 4:31 PM