Signs of Fall are-a-fallin. They arrived in band uniforms, baking and dunk tank. 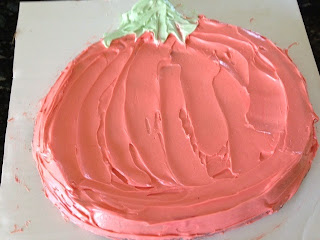 This weekend, between both boys, I churned out a bundt cake, big pumpkin brownie (or tomatoe?) and six-dozen packaged brownies. All this sweet stuff for Lucas' regiment band and the "cake walk" for the Back to School BBQ with Daniel. My Teckie picked up the dunk tank in lovely Pt. Hueneme and hauled it because the eighth grade class "puts on" the BBQ, which translates into "the parents" do the work. That's okay, this is Daniel's last year and despite the big-momma-cast on his wing, he helped make the day a success.
We count down until this Thursday when the two pins are pulled out of his arm and a shorter cast put on. He is MORE THAN ready for it to be over. I am too, but remember that this is not "Open-heart-surgery. "  This will pass without lingering physical or emotional scars. Keep perspective and PTL!
Friday night we attended the first home football game at Westlake High School. Football is a sure sign of fall, no?  We really just went to watch Lucas perform at the half. Then, we left because Westlake High School was creaming the other team; quite uneventful. And, frozen yogurt was calling our names. So, we answered ") 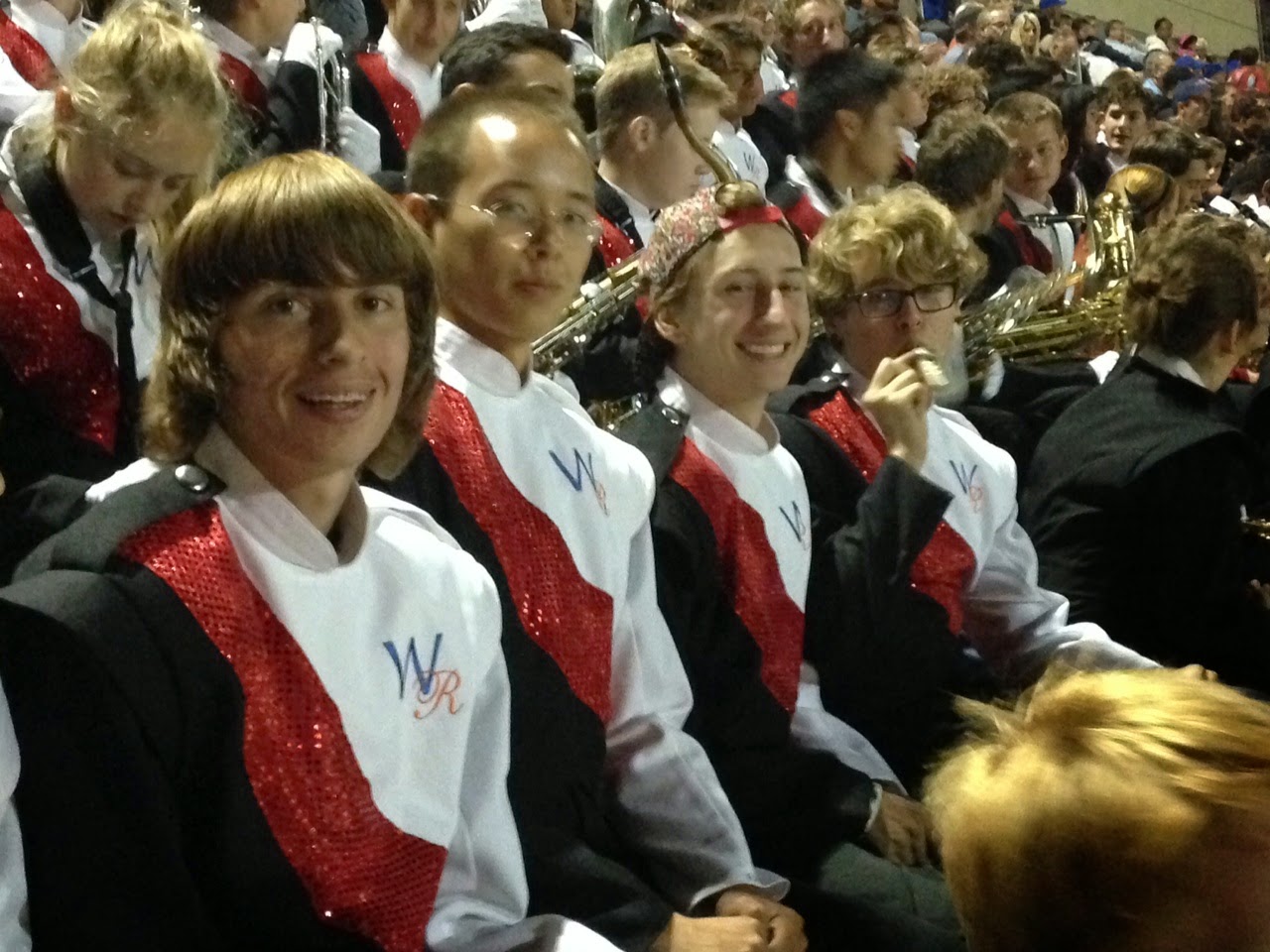 Speaking of football, it is with great sadness that I share that I am out of the suicide football pool. I made an impulsive decision on Thursday night that doomed me. Never make decisions when emotional! My Teckie is still in the pool so I pass the baton of winning to him, Dave or Cutie-Pie.
Cinco is hanging on and tolerating us.  Her parents return this Saturday from a three-week European vacation and she is sure to pee herself when they reunite. I know we don't give her the amount of attention she is used to. Although, staying with us allows her to chase squirrels, be walked by Lucas and she has low-riding dog company 24/7!

Touring two colleges last Thursday was interesting. It led to the my "emtional-ness" that turned into the bad football pick (another sign of fall) that booted me from the pool.  I'm an idiota! There was valuable conversation with Lucas about what he wants. Honestly, he wants nothing more than to move out and away from "all the pressue" he feels from home.  Like, we require he shower, unload the dishes and keep school a priority. Due to the crazy cost of college his wish to splitsky will wait.  We don't always get what we want, right? But -- we get what we need. Thank you, Mick Jagger.
I have been talking to others, asking about their "college story" and realize they come in all shapes and sizes. There is not ONE WAY to accomplish an undergraduate degee.The goal is that you land with a diploma in hand at the end of the ride. 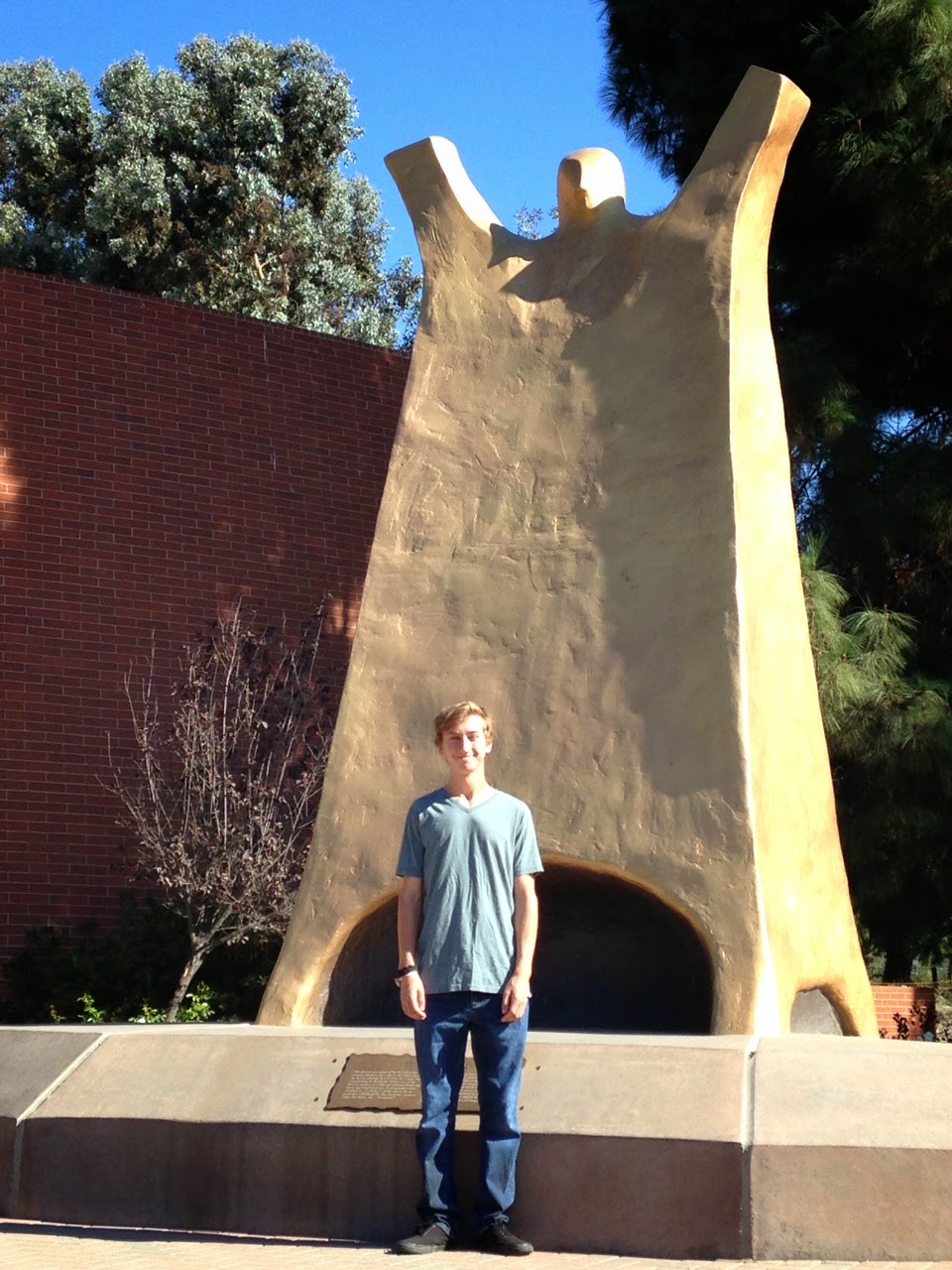 The tour was fun :)
And, talk about pressure ... I feel it on the parent-end when people ask "what colleges we've toured."  Um,  ... the State College down the street and private college over the hill. I feel like I've failed because I haven't flown Lucas up north and back east and upside down to experience all the options. Jeez! So, perhaps it is ME that feels burdened. And, what a LAME one it is!

Fall is the time of our anniversary!  Today we lined up our car rental which was that final Maui detail. Now, let's hope that this Fallin-sore throat will fade by the time we hop on that plane in 240 hours from now. Aloha!
Posted by UnicycleRose at 7:14 PM