Thursday, we relived Mt. Vesuvius, Pompeii history at the California Science Center. We experienced up close all that was dug out of the volcanic ash and pumice (up to 20 feet deep) 1600 years AFTER Mt. Vesuvius erupted.
Talk about procrastination! 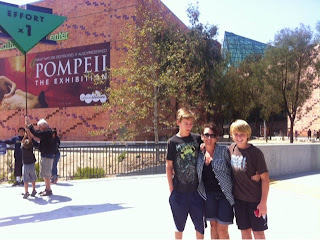 And, I noted .... The people of Pompeii were all about Debauchery!  With a capital D, and that rhymes with P and that stands for Pompeii!

From the brothels, to Greek gods; statues all over the place with flaunted privates, to gardens with wine served by slaves daily and ... oh, many graphic naughty frescoes included. OY!
They had my attention the entire time. 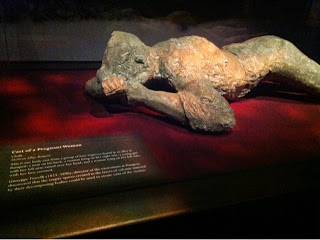 Again, those Pompeiians (is that spelled right?)
were the bad boys of their day!  Lucas took an AP Art history class last year so he was all up in that Volcanic Grill of history.  It was nice to see him interested :) 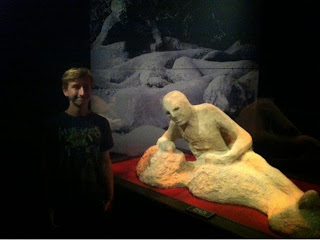 At the end of the exhibit these poor chaps were on display. They were burned to death in 500 degree heat, leaving a cavity in the volcanic ash that we gawk at almost 1,955 years later! It was 1741 when excavation started, so this exhibit of artifacts has been around for over 270 years! 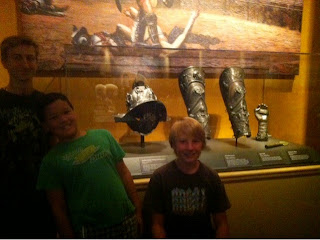 Poor Daniel. He was still sore from skim boarding the day before, but he gingerly made his way through the Space Shuttle Endeavor and IMAX film.
The movie was all about natural disasters;  volcanoes, earthquakes and tornadoes. We left there shaken up from the reality of Mother Nature. Tremendous frightening power!
I am  believer that  there is ALWAYS a glitch. This days unexpected thing was  MAJOR traffic. NO -- really.
Like NOT moving on the 101 freeway towards home. Then, getting off to drive the back-roads, only to see every other driver had the same idea.
Yes. Just. Plain old stuck. 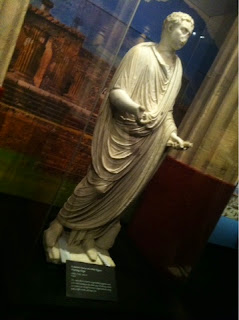 Finally, we pulled our buggy over and had dinner to wait out the clog caused by a horrible accident. I say it is ALWAYS better to be stuck IN THE traffic than to BE THE CAUSE of traffic.
Right?

Today's focus is preparing mi casa for some friends to come over and share dinner in honor of my Teckie's almost 47th Birthday. Tomorrow is his real birthday, but tonight we whoop it up like before Mt. Vesuvius erupted. Just not drunk, raucous, or indecent like those wild Pompeii people.

It will be a time to thank God for friends, good health, love and support.
In addition, it's a time to play games and eat ice cream cake.
Enjoy this beautiful weekend and ...
Keep The Balance
Posted by UnicycleRose at 12:23 PM