Thanksgiving in Arizona zoomed by and when we returned it was December 3rd! Already!
I missed that week of usual Christmas prep and the entire season felt "OFF." Sort of like trying to find the beat as you stomp your foot and embarrassingly clap at the wrong time to the music.
Gingerbread houses, lights, shopping and traditional décor was delayed. This was the first time EVER that our Christmas cards arrived (as in; they were delivered to mi casa) the day before Christmas. Usually, those babies land in our  loved one's mailbox the first week of December!
Not so, not so.
﻿  Like I said, December was "OFF" but a blessed  season of merrymaking, just the same.
Daniel cut down a lil' sapling  that was a class gift  to me four years ago!
I planted it back in 2010, anticipating one day we'd cut it down and drag her in! It grew in a funky way towards the sun and was shaped more like a half-bush than tree. Honestly, it was "OFF" ... crouching there in the den corner like a paralyzed-green midget wearing a star hat. However,  smelling fresh pine and feeling sticky sap was a welcomed change from the fake-boxed tree we slap up every year.

Oh, and the joy Daniel had cutting down that awkward Christmas bush?
Priceless.
Despite the "OFFNESS" we squeezed in some special events/traditions that
define December as "not just another month."
﻿
Daniel's big Christmas gift was an Xbox that he's wanted for the past three years.
I felt so old trying to understand the capability of this "machine" (OK, now I really sound old).

It goes like this: with a headset strapped on,  Daniel is gaming with friends on the same battlefield/soldier team, and talking real-time to buddies while strategizing and blowing up stuff together.

It's high-tech gaming  and is light-years ahead of the Pong Game from 1975!
Perhaps,  I am "technically OFF?"﻿
All Lucas wanted for Christmas was for Jenny to visit. Being that we all enjoy her, she flew in the day after Christmas and did the family thing with us. Such as ... 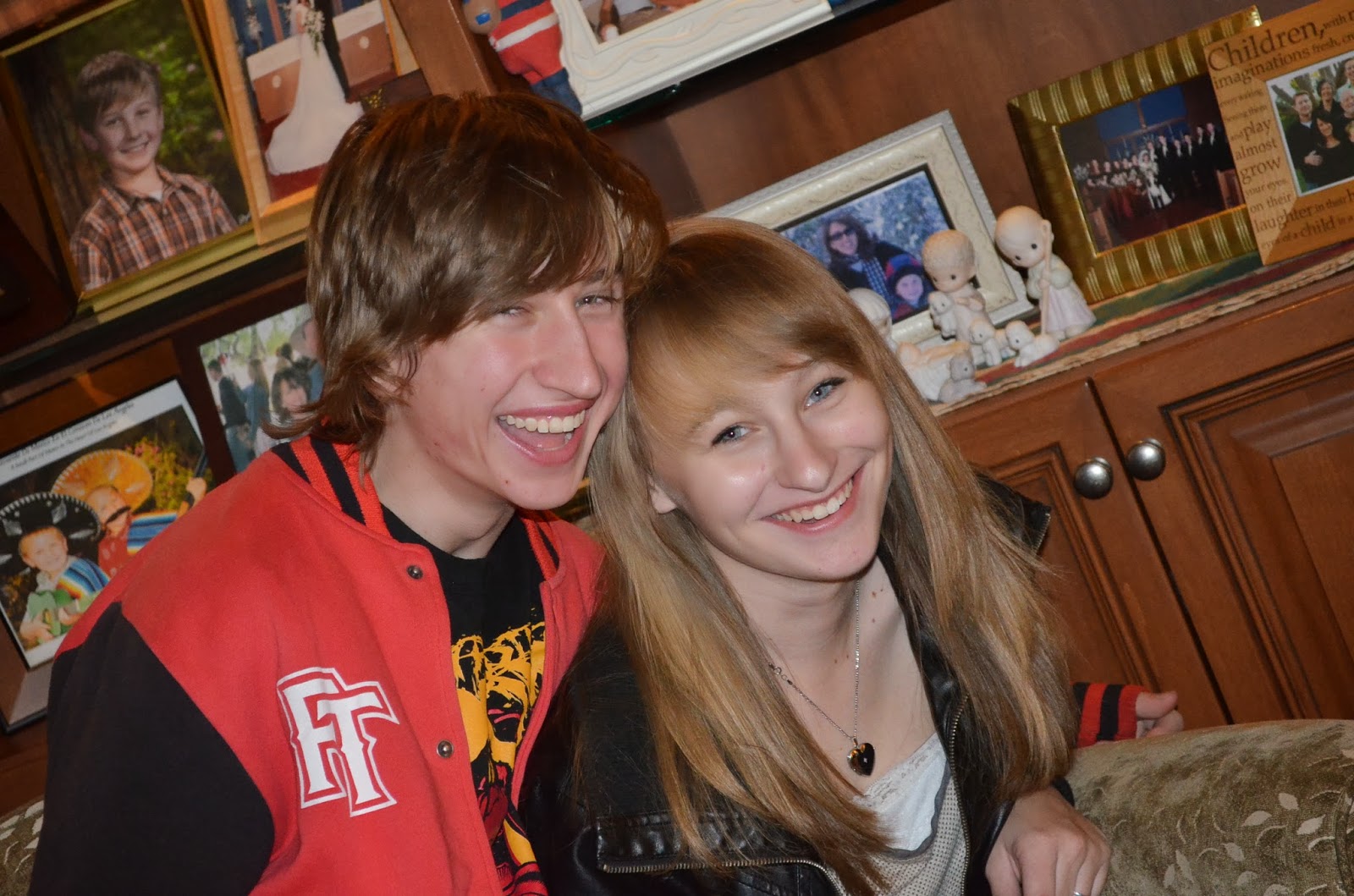 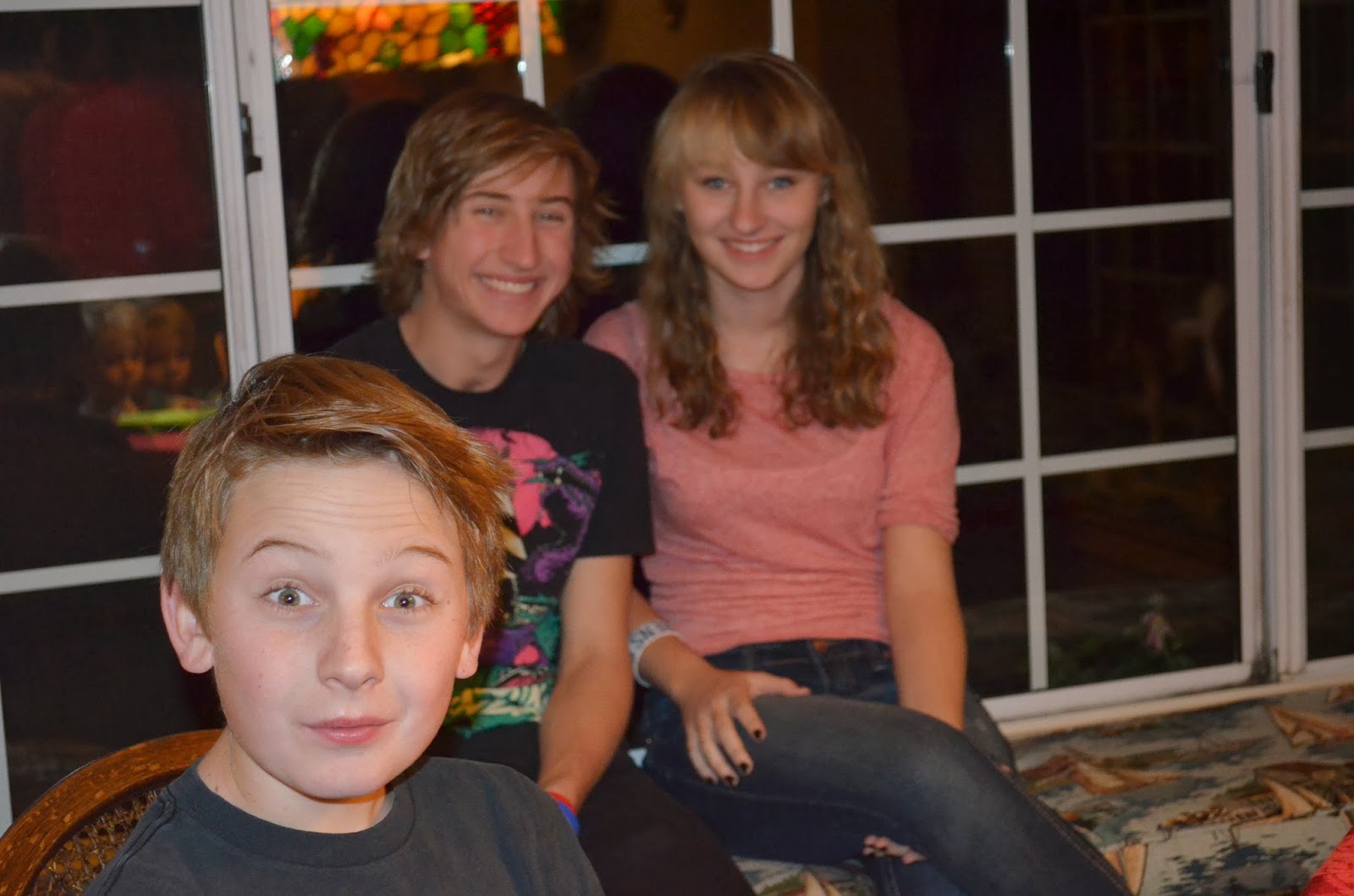 Bowling, eating  Overboard's Lasagna, a Santa Barbara visit, visiting record stores and hanging out at the mall, of course. The days went by way too fast for them. Jenny's visit  made for a uniquely "OFF" Christmas, but in the best way possible! She blends so well with our family.

Guess what Lucas wants for his 17th birthday in March?
Yes, another visit from Jenny.
Next on our calendar?
We pounded, beat and banged in 2014.
Literally.
New Year's Eve was loud because  Lucas received a drum set from Santa and us parent folk.
We set it up in the garage and then  Daniel moved his keyboard in.
Presto!
Garage band extraordinaire ... headaches, friends and earplugs included.
Ay yi yi!
﻿
Some other Holiday Highlights we embraced in this "OFF" Christmas?
Let's be real.
It doesn't matter if Christmas falls on an "OFF" day, or regular-convenient day .
In the end, it's all about Baby Jesus and the loved that was poured out that first Christmas, and continues to live inside us.

I admit I am
totally late and "OFF"  in sharing our Holiday Happenings.
However,  I am thankful to have finally noted Christmas 2013 on Unicycle Rose ... for posterity's sake!
Next, I hope to share the ever lasting Chicken Saga and their feathery-success story.
Hint: they are alive ... most of them.
Posted by UnicycleRose at 8:05 PM