The Little Hen House of Horrors 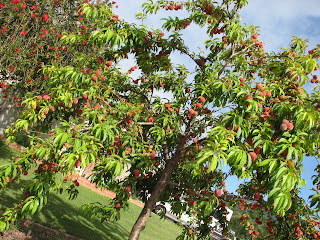 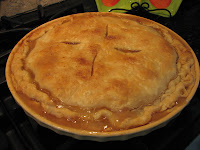 Things have been hectic and out-of-balance on our small urban farm. The good news is that our peach tree runneth over and baking fresh peach pies is a delicious challenge.


The chickens arrived two weeks ago. The day they moved in, spirits were up.  After much thought, I named my hen Suzette after my friend from Texas who was staying with us.
My Suzette chicken has proved to be a fighter. As I write this, she is the only survivor from that first batch of four laying hens!
On Chicken Day Two, it was devastating to find that the Weiner Sisters nabbed the chicken named Trouble after she "flew the coop." Trouble earned her name because it was obvious from the get-go that's what she was … TROUBLE ... with a capital “T” and that rhymes with “P” and that stands for Poor-Dead- Chicken! You guessed it; The Weiner Sisters treated themselves to a chicken snack.
Daniel was devastated, as was my husband who had to “finish off” the poor thing. That was the end of Trouble, and the beginning of a foul-fowl two weeks.


Once Trouble was officially kaput, my husband drove Daniel to the Feed Store for a replacement chicken that he named Junior.  The stress of that day lifted as we collected egg after egg. Days later, Lucas’s chicken, named Dinner, laid an egg and died right there next to the laying box. That was an unexpected surprise, but at least we did not have to see her struggle in the dog’s mouth.  Dinner was dead-gone and we were left scratching our heads like talons on fresh dirt. Was it the heat? The feed? Perhaps it was shock due to The Weiner Sisters licking their chops at their coop all day?
Up until then, we created a few good family memories gathering around in the afternoon watching the ladies peck and do the Chicken Dance.  Daniel cooked up our first dozen eggs from the Cape Cod Coop and they were tasty.  Still, we did not know why Dinner bit the dust. Why did she die while on her last egg? Why?
Before we could discover that answer, about a week later, I returned  home from work. Excitedly, I checked for eggs and found two fresh eggs and ANOTHER dead chicken. It’s The Little Hen House of Horrors, I tell you! At this point Daniel sadly said, “Can we just give those last two chickens away and forget that this whole thing ever happened?” Hmmm.

Sprits were down. We felt sad and frustrated. We spent hundreds of dollars and hours of labor setting up our darling Cape Cod Coop. Now ,all we had were three dead chickens and a dozen scrambled eggs to show for it. Farumph!

This past weekend was spent moving the Cape Cod to a shadier part of the yard. My Techie is currently building a gate and we bought a huge chicken net to cover the area so Suzette and Junior (the survivors) won’t fly out and land in the dog's chops. I promise you, a new hen will not move into the Cape Cod Coop until we are positive that we've fixed The Little Hen House of Horrors.

Posted by UnicycleRose at 8:22 PM