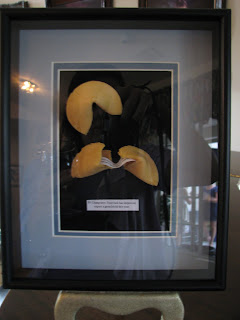 There are many creative stories how couples announced their pregnancy, but none have topped this. Debra and Bubba (AKA: Bubra) invited their parents to P.F. Changs. After dining on a tasty Chinese dinner, the customary fortune cookies arrived. The parents cracked their cookies and it was no coincidence the crumpled white paper inside read “P.F. Chang says your luck has improved. Expect a grandchild this year.”
How is that for all sweet and no sour? 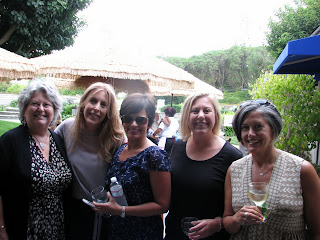 Since that meal, great anticipation and joy have saturated the months like highly-absorbent diapers. Baby Chang (his in utero name) is growing and alas, his Baby shower arrived. This spectacular event was hosted by my mother (AKA: Overboard) good friend, Nancy and Auntie Shannon. Chang’s jungle themed nursery was also the shower theme and it had to have paws and a tail if Overboard was going to live up to her name… and it did! 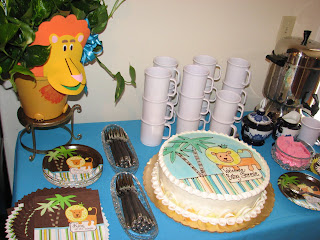 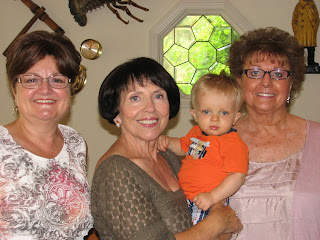 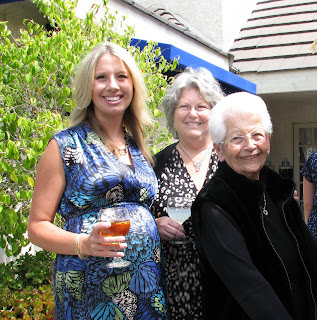 The table centerpieces were upside down flower pots that we transformed into jungle animals filled with plants. Palapas were a great touch, as were the wooden plates, bright tablecloths and dark wooden chairs. Why of course P.F. Chang’s catered this luncheon and the cake matched the invitations perfectly. Overboard went so far to keep with the jungle idea, she had Mother Nature send rolling thunder and light humid rain so the guests felt like they were in the Amazon jungle! 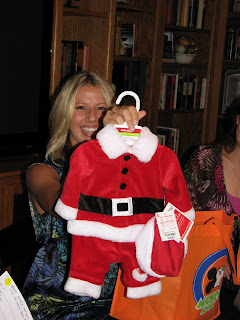 Many dear friends and family attended and Debra’s glow (she looks terrific!)  was only outdone by the twinkle in the eyes of the future Grandmas and Great-Grandmas. My favorite part was when Debra opened gifts because contemporary Baby clothes are so darn cute! This Christmas, Baby Chang will don a Santa Suit, which is special because soon-to-be-first-time Grandpa Tom played Santa for many little ones the past two decades! The pressure is on for Baby Chang to carry on this tradition and they are grooming him early, although this year it’s sure to be ho, ho, home for a nap! Chang is due on October 27th and our prayers are for an easy delivery, excellent health and good fortune for all. Oh, we absolutely give thanks that they are naming him Hunter and not Chang!

Congratulations to Bubra, dog-brother Chopper and the future grandparents, especially Tom and Joyce.  Cheers to them because they have been adopted-supportive grandparents to many while they patiently waited for their own eggroll to arrive. 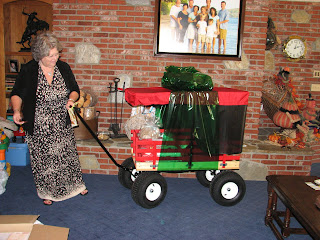 Posted by UnicycleRose at 7:23 PM

What a acute cake and setting for the table.