Contrary to popular belief, being the middle of three sisters has proven to be a treasured spot in the family line-up. We “middles” are a bit different, but in the end, it pays off. Take for example, my older sister, Miss Piggy, as I call her because she collected pigs for years. We are only 22 months apart and were close growing up. So close that she pushed me around … she was bigger, bossier and meaner than Nelly Olsen from Little House on the Prairie. Learning submission early in life ended up being a humbling, helpful quality. Through Miss Piggy’s domination, I learned to run away fast, the knowledge of when to concede and valuable skills like pulling down chairs to block her as she chased me around the kitchen.
Uh, hummm…..where was I?

I was going to explain the benefits of being a middle child and how it came to be that I received a unicycle. By his gift selections, my father, whom I will call Tary wanted a son. I call him Tary, as in Tareyton 100s, because he smoked them constantly when I was young. I have never called him this to his face, but every childhood memory of him has a hot cigarette drooping from his mouth and the imprint of a pack in his jeans. Christmas 1977, Tary surprised us with two red unicycles from the Sears catalog. It was a shocker gift. Miss Piggy and I never mentioned wanting one among the Barbie Dolls and saddleback Dittos. Another Christmas he stunned us with the hot new toy, Stretch Armstrong! It was never on our list. One year it was two remote-control sports cars, another year a race car track with cars that we had to change the tires on (cleaning them was the fun part). It was set up in our garage and being six and eight, we loved it. But, where was I? Unicycles! 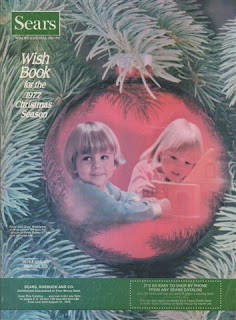 Tary’s older brother, Uncle John, had recently built wooden stilts for his kids as part of his boat-building years. Yes, he was that guy on the block with an upside-down boat in his driveway. But he’s a whole other story. If we were going to join a circus, Dad must have figured we’d all have to pull our weight. The answer, of course, was unicycles for his two older girls. I found the unicycle to be a challenging lone wheel; the seat was a hard, uncomfortable plastic. When I put all my weight on it, I was sure to fall off due to the thigh and butt pain. I had to learn to sit up tall (tall for a 4-foot shortie, like me) and barely keep my can on the seat. In the beginning, Miss Piggy and I practiced together, hanging onto the side of our Volkswagen Van while wobbling up and down the driveway. Progress was slow. Miss Piggy did this for about four sessions, then gave up. She did not have an athletic bone in her body (despite Tary’s efforts). However, it was more fun falling off a unicycle than being pushed around by her or having to listen to Cutie-Pie (my adorably animated younger sister) sing songs about the bathroom … ”La Bonya” (Italian slang she made up for toilet) was her favorite opera creation and a family hit. You know you are cute when you sing about toilets, while standing on the table and everyone coos over you, applauding like crazy. I don’t know that kind of cute. Neither does Miss Piggy. It’s a special place for the youngest in the line-up. 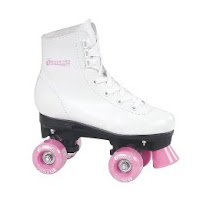 Miss Piggy abandoned her Unicycle and went back to I Love Lucy reruns (one of our favorite pastimes), or helping mom with the laundry; matching socks, or folding Tary’s trick-or-treat-bag-sized tighty-whiteys. Me? I had time and drive to master riding around our cul-de-sac. It took a couple months of practice to ride without falling off. I met my goal. After that, interest waned and I moved onto a 360-degree turn on my roller skates with the hot-pink wheels. The unicycle was a distant memory as my Xanadu years were in full swing and skating tricks kept me content. Miss Piggy and Cutie-Pie took up most of Overboard’s mothering energy and I was left to unicycle, skate, dream big dreams and develop chameleon-like social skills. If it was not for being the overlooked middle child, many unique talents would have never developed. 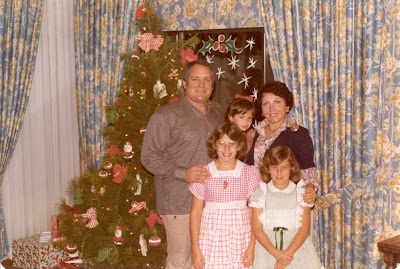 My well of family stories is miles deep. The truth of why the middle sister slot is such a lovely spot goes on and on; my unicycle story does not end here. Come again and cruise along on my single wheel to hear true tales of Tary, Overboard, Miss Piggy, Unicycle Rose and Cutie-Pie, “that loud Italian family on the corner.”
Posted by UnicycleRose at 12:40 PM